Unemployment is a source of poverty in Thokoza community

CAUSES OF POVERTY ARE CHANGING TRENDS IN A COUNTRY’S ECONOMY

Thokoza community is situated in Gauteng province, Ekurhuleni south District South Africa.
“Poverty is caused by high rate of unemployment and that leads into social problems that
Can be Crime, informal settlements, teenage pregnancy and substance abuse”
Community council Mary Khumalo said.T he councillors released a press to explain the fact of
Having such high rate of unemployment, “In our community dominating rate of unemployment
Is the the Youth unemployment rate, the reason behind such a High rate is that most young people
Are unskilled and having the school drop out situation.That leaves the youngest people unemployed.” ANC (African National Congress) Youth Representative Menzi Gumede Said. 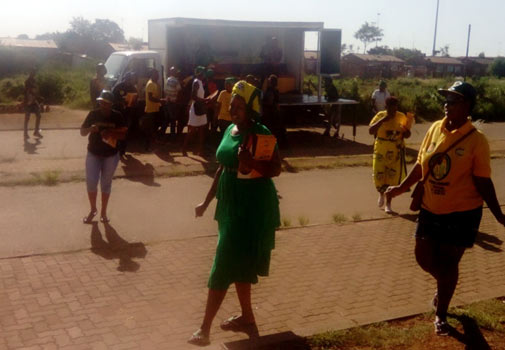 UNEMPLOYMENT causes families to live in unsanitary conditions because a lack of financial means to improve the living conditions. If the parents are unemployed, this can also affect how the child is brought up and what kind of education they receive. The quality and relevance of education, inflexible labour market and regulations, which in turn create a situation of assistance and dependency, are the main causes discussed today as complex causes behind youth unemployment. To certain young people crime happens to be the best alternative solution in order to overcome come poverty in a way of Stealing, bank robbery, car hijacking etc, while Youth with vision create new opportunities for themselves in order to survive. “I believe that if you have the power to think you can think of something for you to do in order to prosper in life without incriminating yourself. I for instance I start my own programme in order to help my parents with financial means and also save up for my VARSITY fees, today EDU-EXCEL is a registered organisation that help High school students with their school work, we offer Saturdays and holidays Tutorial sessions which are referred as extra_classes. Now must post matriculants are working with me and they are doing something with their lives in order to survive and owning their future in a proper manner”. Edu-Excel founder Ntlonipho Mazibuko said. 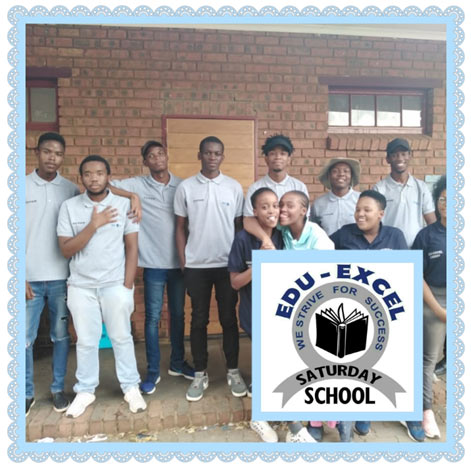 However Extreme weather can also be considered as cause of poverty. In many countries drought, rainfall and flooding are some of the biggest causes of poverty caused by weather conditions. When natural disasters do not gain media attention raising money becomes more difficult. This is made worse when governments spend money in the capitals instead of the poorest areas that which need in the most. One of the problems faced by Thokoza community the envaronmental problem, such as rainfall. Some of the community members have gardens in their homes but because of lack of rainfall this causes them to water the garden with water tap. “With our children not working our little gardens help us to at least have a meal for a day, but in terms like this when we experience such challenge of not having any rain, we are forced to use water tap and that leaves us in a position of wasting water, then councillors would threaten in fining us.” A single mother of 3 unemployed children Miss Ximba said.

Community members suggested ways on how to turn their community from Crime zone to Crime free zone. Suggestions where that the government should provide youth projects, training centres and mostly Government involvement also creating job opportunities. Too many young people tent to study for a field that leads to little when no job. A number of studies have shown that young people are not sufficient advised on work related to opportunities, necessary skills and career pathways, before they leave Education it appears critical that they have access to this information to be better prepared of what to expect and what Is expected of them. Good quality career guidance along with labour market prospects should work together to provide clear pathways to youth. Similarly programmes should be developed to better transition young people to the world of work. Many vacational education and apprenticeships systems have shown that practise and on-the-job training have a positive effect. “It all depends on how strong the foundation can be, if we were to engage the Youth into the world of work by introducing youth projects that would lead them into a young bright leaders that would be the best way of building a strong foundation. That could bring change into communities because if we had majority of young people focusing on bringing change and also learning and preparing to be in the world of work, it could steal their time of just sitting doing nothing waiting for a job to come to them or even better Staying away from incriminating themselves.” Unemployed graduate Asanda Gina said.

Governments should focus more into disadvantaged communities because in those areas there are rough diamonds that need to be polished and if that can be done it will contribute into economic growth and economic development. Investing in young people with vision could be a great opportunity of investing to a bright future and the country could be wealthy and productive. Through innovation and creativity with the right structure and facilitated administrative processes, young people could create new jobs because a fresh, young and active mind always think of creating a new and extraordinary solutions in order to certain problems. This alternative is often regarded as a way of empowering young people to take their future into their own hands, investing in teaching them the leadership and management skills that would lead them to become innovators and entrepreneurs. These skills also include communication, teamwork, dicision_ making, organisational and self-confidence SKILLS.

Well explained words gains you knowledge and understanding, Youth should be taught not instructed. As stated in the SUSTAINABLE DEVELOPMENT GOALS that COUNTRIES should work towards ending POVERTY and having GOOD JOBS and ECONOMIC GROWTH, goal Number 1_ NO POVERTY and goal Number 8_ GOOD JOBS and ECONOMIC GROWTH. LET IT BE IN OUR MIND SET, WORKING TOGETHER TOWARDS ACHIEVING SUSTAINABLE DEVELOPMENT GOALS.

Pollution– if we don’t destroy it, it will destroy us The stream that sees it all

Enquire about becoming a Caring Patron

Enquire about becoming a Mentor

Enquire about becoming a CSI Funder

Thank you for using
Themify Popup

This is a sample pop up. Themify Builder or Builder Lite (free) plugin is recommended to design the pop up layouts.